We can’t all be heroes because someone has to sit on the curb and clap as they go by. — Will Rogers

With a little editorial license in an effort to not offend, I’d like to tell you a story. Our Razorback football team in the spring used to attend what was called “fourth quarter class.” At the time the class was held right next to the basketball court on the sawdust floor. As we would assemble for the class which would challenge any marine in its intensity, we would watch the basketball team go through its drills. One day, one of my teammates asked an assistant coach, what would be his a perfect basketball team. Without hesitation he said, “Four 6’10” super athletes who were fast, strong, and could jump out of the gym and one 5’10” point guard. When asked about why did he want a short point guard, the coach said with a wink, “I need somebody, I can hug after the game.” 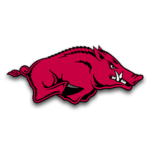 As we mature, as we gain wisdom, and as humility becomes a part of our being, we become thankful for just the chance to watch the parade. There were days when we were the heroes and days when we would give our eye teeth to be on the award’s platform. But wisdom and humility teach us that real heroes are those who sweep up the confetti after the parade, pick up the beer cans after the picnic, and usher you to your pew on Sunday. Offensive lineman are not remembered for the touchdowns they scored, or the number of passes they threw, but they give great hugs. (My wife likes this saying.)

Maybe humility is not wanting to be the hero, but the person everyone wants to hug after the game.