Anger or hatred is like a fisherman’s hook. It is very important for us to ensure that we are not caught by it. –– His Holiness the Dalai Lama 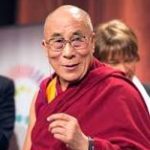 Suzy is the fisher-person in our family. She has caught a marlin, lots of crappie and bass, and a tarpon, among others. I on the other hand was once told to set a hook by our captain and the next thing you know a shark was flying over our heads. My line always gets tangled in the reeds, and I have also been known to screw up fishing off a dock with a simple cane pole and bob. (Don’t ask me how, but somehow I ended up in the water.)

So when I read the words of the Dalai Lama I can relate, having experienced a hook in my arm or leg more than once. 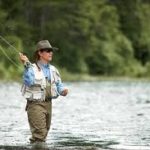 I know there are many who say there are healthy forms of anger, and I certainly would agree that hatred of injustice can be a healthy emotion, but the difficulty with both emotions is they are hard to control once they get out there. For me, it is much like one of my fishermen’s casts. It might seem to land in the perfect spot, but when I try to reel the line back in, I look down at the reel and it is now full of tangles and I can’t bring the lure back. The lure is lost forever, and I have to cut the line losing an expensive lure and must start over.