The heart has its reasons, which reason doesn’t understand. — Pascal. 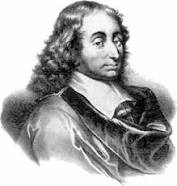 I see the wisdom of Pascal in the actions of my grandchildren who often lead with their hearts. Which I have to say may be frustrating at times, but one understands and loves them all the more for it.

I bet you know a few people who lead with their heart, I certainly do. And although I find myself saying to myself, what was he/she doing or thinking, I also can most times say I understand even though the result may be disastrous.

That’s not to say all decisions of the heart that reason doesn’t understand are poor choices. In fact most of them turn out quite well.