I don’t know where any of y’all stand on the annunciation and the virgin birth, but there is a part of me that says the story is so beautiful it rings of truth. The whole story of Jesus is so absorbing and compelling, you just can’t make this stuff up. So what, if part of my faith is because I am drawn to a great story. Is it reasonable to believe in a virgin birth? Of course not, but then again it wouldn’t be a miracle, if it was reasonable.

The annunciation story is also a story of unbelievable courage on the part of a teenage girl. It is not a sweet conversation between an angel and an obedient child who says, “whatever you say.” She is being told that contrary to her parent’s plans that she marry the carpenter Joseph, she is more than likely about to have a child before the wedding, suffer shame and ouster, will be abandoned by Joseph, and likely stoned to death. Yet, she still says, “let it be.”

Meister Eckhart said, “We are all made to be mothers of God.” What did he mean? He is telling us all that there will come a time where God will work his plan through us and when he does we too will face the question — Can we utter the words, ” let it be with me according to your word?” 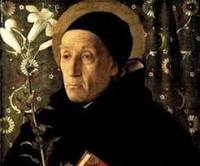 As advent approaches remember the story of Mary’s courage, and also realize that for each of there will come a time when we will be called to trust in God, take courage, and believe in miracles. I certainly do.

PS: I you find your self humming the Beatles’ tune, “Let it be.” Click on the following link. https://www.youtube.com/watch?v=ZtNU616XqQk