They know no limits in deeds of wickedness; they do not judge with justice the cause of the orphan, to make it prosper, and they do not defend the rights of the needy. — Jeremiah 5:28

They say history repeats itself. Jeremiah writes about corruption and the tendency for the powerful to no longer heed the needs of the needy. They accumulate wealth at the expense of the poor, as opposed to being examples of a faith that transcends social, political, racial, and sexual divisions.

Jeremiah goes on to remind the powerful not to forget those who placed them in positions of power, for ultimately calamity comes to those who believe they are so powerful that they are immune from the fall.

Justice for all has been an illusive goal for societies for centuries, and it seems that over and over again those who claim to seek justice forget about where and from whom they came once they get in a position to make a difference.

Yes, history repeats itself, maybe because Einstein was right when he said, “We cannot solve our problems with the same thinking we used when we created them.” 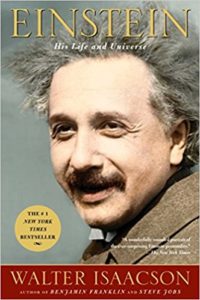 Lent is the perfect time to begin to think differently.