Slow down and enjoy life. It’s not only the scenery you miss by going too
fast – you also miss the sense of where you are going and why.  — Eddie Cantor 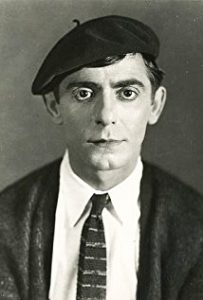 I am walking more despite my knee problems. There are lots of reasons including the words of Saint Augustine who once said, “it is solved by walking.”

Many famous writers were inspired during their walks including Robert Louis Stevenson who once hiked over 120 miles with a stubborn donkey called Modestine as his sole companion. Henry David Thoreau described walking as a noble art that few people had mastered. It is estimated that Wordsworth walked over 180,000 miles during his lifetime. Robert Frost would often retreat to the wilderness, and when he was questioned what he did during his solitary expeditions he would say, “I gnaw bark.”

Aldous Huxley would divide his time between walking and writing. Charles Dickens walked at a brisk pace of almost five miles per hour. The poet Wallace Stevens never learned to drive, he would walk over two miles to work every morning composing poetry. The list could go on and on, but I don’t think walking will make me a better writer.

I believe walking is a wonderful form of prayer and meditation. As Eddie Cantor said it gives me a sense of where I am going and why. Interested in a stroll?

Editors Note: Followers of the Pew know one of my favorite scenes in the Bible is in the Garden of Eden where God calls out to Adam to join him for walk during “the evening breeze.” I hope you feel “The Hubbell Pew” offers a walk in the evening breeze. Sometime next week we will post the 2000th meditation at thehubbellpew.com. I hope a few of you will write in about your favorite meditation or series such as the “Letters To Tom” to commemorate this anniversary.

I also hope you will encourage your friends to sign up to receive “The Hubbell Pew” by clicking the “Subscribe” link or if the spirit moves you to contribute modestly to “The Hubbell Pew” to help defray the costs of our webmaster and other expenses. (There my webmaster is happy. She insists I remind people.) Thank you for following and taking a walk with me in the “evening breeze.”