If God said, “Rumi pay homage to everything that has helped you enter my arms,” there would not be one experience of my life, not one thought, not one feeling, not any act, I would not bow to. — Rumi. 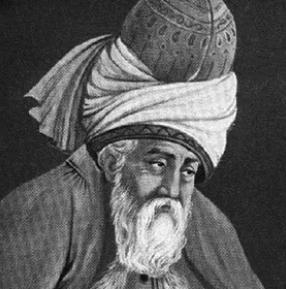 The Sufi poet, Jalaludin Rumi (1207-1273), is considered by many scholars as one of the world’s greatest poets. I like to remember him as the founder of the Whirling Dervishes. Today Rumi writes about a truth that given the right attitude and reflection we all can relate.

What drives us into God’s arms? — The very best of experiences and the very worst. Rumi goes further saying every thought, feeling, and act leads him down his path to God. How many men won’t say that every girl they ever dated or kissed holds a warm place in his heart for they all led him to the perfect spouse. How many people in prison experience what is cynically called “Courthouse conversion?” But I know for a fact it is real, and that what often appears to be human tragedy is often the seed of divine triumph.

The same goes for best of experiences — the birth of a child or grandchild, the finding one’s life long partner, or listening to a lush choral program. When we meditate is worth our time and effort to consider what “has helped you enter God’s arms today?