Yesterday, Suzy and I listened to Douglass Laycock, Law Professor at UVA give a lecture on the free exercise of religion from “Martin Luther to Masterpiece Cakeshop.” It was really quite a good and informative talk about the history at the U.S. Supreme Court of the free exercise clause in the Bill of Rights. 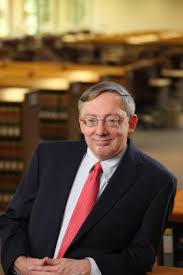 Unlike Fox News the lecture was fair and balanced concerning the respective positions of both sides of the issue presented to the Supremes last fall and decided this summer involving a baker in Colorado who refused to bake a wedding cake for a gay couple’s wedding.

Walking back from the lecture I began to think about all the people who ended up dying or being tortured for their beliefs. Haycock made a good point that the Free Exercise clause was put in the Constitution to prevent government intervention in our religious beliefs, not to protect the government.

I feel grateful that my beliefs have never been put to the test like so many in this world and throughout history. I am also grateful to live in a country that values individual religious beliefs so much. At times our disagreements over what we as individuals feel is the right way to treat each other cause us to lose sight of the value of free exercise.

A good example is the Masterpiece case where the free exercise conflicts with the state’s interest in prohibiting discrimination, and listening to Laycock helped me see the bigger issues in the context of prior precedent. For the next three days we hear more about the case and what it might mean for the future of free exercise, free speech, and discrimination.

But for now I’m left with my question unrelated to wedding cakes — how strong are my beliefs and what could trigger those beliefs being put to test?