Between stimulus and response there is a space. In this space there is the power to choose our response. In our response lies our growth and our freedom.” — Victor Frankl. 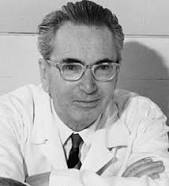 A friend gave me a copy of Frankl’s book, Man’s Search For Meaning, before I went on my sabbatical. So, I am familiar with his words which have inspired millions. But I didn’t recall the above quote until I read it in Valorie Kondos Field’s, Life Is Short, Don’t Wait To Dance.

I thought about Frankl and Field and my own experiences between reacting and responding. As an athlete we were coached to take a deep breath before we started something critical, a free throw, a tennis serve, a critical putt, etc. You might notice a quarterback before he starts to call out signals clearing his head. I counsel lawyer’s before they ever give a client advice to think at least for a second before speaking. I bet for each one of my readers you know how to find that pause between reacting and responding.

If the beauty of music is in the silence between the notes, imagine how important is the pause between responding and reacting. It’s worth a meditation or two.