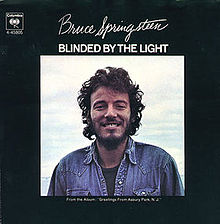 Being blinded permanently or temporarily is usually considered a tragedy, but in many of the old stories temporary blindness leads to revelation and positive change. I remember when I was Mayor spending a day with a blind fold on. It was part of a project to increase awareness of the handicaps for the blind, and the experience was enlightening.

What is it about human nature that causes us to need to experience tragedy before we open our eyes? There are a million examples of this in the world, and if you examine your life I bet you can come up with a few. A good friend commits suicide makes one acutely aware of depression. A drunk driver takes the life of a child and we learn to use a designated driver. We ignore our health and disease creates sickness and pain that causes us to change our habits. Over and over we are often blinded and then healed by the light of knowledge and experience.

As we begin our new year and to make our resolutions for the year consider the lessons of pervious years and don’t be blinded by the light of promises that can’t be kept.