E.E. Cummings said that “to be nobody-but-yourself — in a world which is doing its best, night and day, to make you everybody else — means to fight the hardest battle which any human being can fight,” 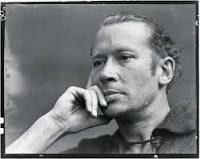 I knew little about the poetry of E. E. Cummings except he didn’t use capital letters. Then a dear friend sent me one of his poem’s where Cummings says, “A poet is somebody who feels and who expresses his feelings through words.”  He then goes on to say, “Almost anyone can think, or believe, or know they feel, but that’s thinking, believing, or knowing; not feeling. And poetry is feeling….”

I have had the honor to know several laureate worthy poets, Anne Woodworth, Roger Armbrust, Dannye Powell, and my Sufi friend Tom and the one thing they have in common is they feel.

But back to Cumming’s other statement when he talks about our struggle with conformity. Every generation believes it must battle the pressures of conformity. Is this an accurate reflection of our current society and how you feel? Let me hear from you?