I learned that life on a pedestal is cold, hard, unforgiving, and best avoided. — Tori Murden McClure, A Pearl In the Storm. 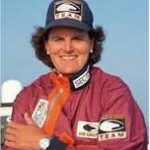 Tori McClure writes that when she was two, she went on a mission to scale a four foot pedestal in her parent’s entryway. One day she made her way up, but she learned it’s a lot easier to climb up then it is to get down.

There are many politicians, athletes, and movie stars who know about life on a pedestal, and I suspect they would all agree with Tori that such a life is “cold, hard, and unforgiving.” What seems to be the hardest lesson of all is the “best avoided” part.

Many of you know my story that Senator Joe Biden told me when I was going through confirmation that “the President’s best friend always gets indicted.” Did I heed his warning? Absolutely not.

I think on of the hardest things to witness is watching people trying to live on their pedestal even after the pedestal has come crashing down.

So what drives so many of us to climb our way on to the pedestal in our own personal entryways? I suspect the answer is different for almost most, and as numerous as there are pedestals.

Maybe the key isn’t learning to avoid the pedestal, but learning to be the same person once we obtain its lofty heights that we were when we first began to climb. What do you think?