Faith is the basis of the path, the mother of virtue; it nourishes all roots of goodness. — Wu-chien

I’ve tried but I can find very little on the life of Wu-chien, but the above quote is famous. I used it once when a man asked me on the sidewalk, “Are you a man of faith?” I asked him what he meant by his question and he said, “I mean have you been born again? Have you found Jesus?” Then I knew where his conversation was going. I was tempted to say I didn’t know Jesus was lost, but no telling where that conversation would get me, so instead I told him, “I guess I am a man of Faith,” and then I quoted Wu-chien. After I did, he told me I was lost. So I went on my way, thinking I was in good company.

There are many definitions of faith, the context in how it is used in a way defines the term. One usage I read lately struck a chord. Tori McClure wrote: “If we have faith in nothing else, we must have faith that we can improve the future.” 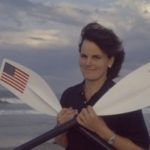 Each of us hopes for a brighter future either for ourselves, our children, our grandchildren, for our country, and our world. And despite some dark moments in the past and a few in the present, I do believe and thus have faith that the future will improve and I must do my part. What about you?