Martin Luther King said, “Many people fear nothing more terribly than to take a position which stands out sharply and clearly from the prevailing opinion.” Now Dr. King was talking about lofty and noble ideas, but his words ring true for the little things in each of our lives including who and what I believe. 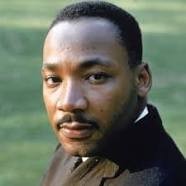 The adjustment I need to make is not easy. Maybe my readers can help. What determines who and what you believe? What should determine what and who you believe? Do you and I have the courage to take a position which “stands out clearly from the prevailing opinion?” I admit I don’t know the answers, but I do know that because the NPR’s man quote bothers me, I have some work to do in determining the answers and making the proper adjustments.

Gandhi said, “Those who believe religion and politics aren’t connected don’t understand either.” He may be true, but I do know I don’t want my religion, my beliefs, shaped by politics. What do you think?