Pluralism is a condition or system in which two or more states, groups, principles, sources of authority, etc., coexist. One of yesterday’s lectures at Chautauqua was called “The Three Problems of Pluralism,” and was about the Masterpiece Cakeshop case recently decided by the U.S. Supreme Court. 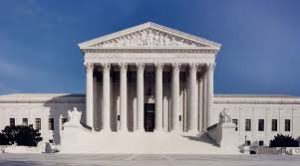 Those of you who are not familiar with the case by name, it was about a baker who refused to sell a gay couple a wedding cake for religious reasons. For his refusal the baker was charged with discrimination. This case has been the subject of a series of lectures here at Chautauqua this week.

The pluralism at issue is one’s individual freedom of religion versus the society’s interest in prohibiting discrimination. Can they coexist? When does Freedom of Religion exempt one from other societal interests such as paying taxes, providing contraceptives to employees, performing job requirements, etc.

The lecturer rightfully said he was addressing pluralism in one of most pluralistic places in America. At Chautauqua over twenty faiths coexist and are celebrated.  A consistent theme of every program and lecture is civility and peaceful discourse. There is no shouting or lack of respect for someone with an opposite view.

When our lecturer said this there was applause and a murmur of approval — a polite acknowledgement that yes Chautauqua is a living example of pluralism at its best, as was once the United States. It caused me pause to ask if it can work in Chautauqua, why not elsewhere.

The answer is it can, even in today’s times. In Charlotte, Suzy and I belong to a salon of people from diverse backgrounds who gather together to discuss the political and economic issues of the day. On a much smaller scale we are an example of pluralism. Another example goes on in the coffee houses, diners, and breakfast spots across the country. A group of guys sit around the table. They are from different backgrounds and economic status but with humor they coexist and talk about the issues of the day. I bet you can think of many other examples. The old fashioned beauty parlors, the barber shops, the water coolers, the laundromats, the book clubs, the old fashioned pool halls, and after-hours bars.

The question we now ask is can we coexist once again, and I think the answer is yes. I think the solution lies in the civil discourse that is found at Chautauqua, and in small groups that will be formed by my children’s and grandchildren’s generations. I don’t know what form they will take, but I believe they will find a way. Maybe it will be at the every corner breweries, wine bars, sushi places, and networking hours. I certainly don’t know for my grandchildren’s generation. Pluralism, that desire to coexist and get along is ingrained, it’s part of our DNA.

Contrary to yesterday’s speaker’s question when he asks what are the problems with pluralism, we should be asking how do we make it work. Contrary to those who want us to separate and exclude, we must find ways to include and coexist. Pluralism is not the problem, it is the solution.